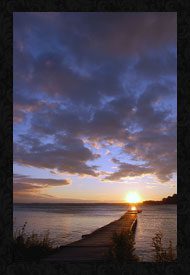 Sutton is a small yet thriving community of 6000 people situated around Black River and sandwiched between forests and farmlands. Once a small village called Bouchier Mills, named after the man who built a dam on the Black River in 1831, this quaint suburb has managed to grow with the times and retain its early charms. Once the dam was in place the village began to grow, adding a gristmill, a general store, a school and a post office, the first in Georgina. Bouchier Mills was renamed Sutton in 1864 after the construction of St. James Anglican Church.

Residents and visitors alike take advantage of the large forested area that makes up 225 hectares within Sibbald Point Provincial Park. This sprawling park is open from May to October and offers a variety of recreational activities. Take a hike through the winding trails that snake through the forest or head down to any of the sandy beaches that cover over 3000 feet of prime lakeshore. 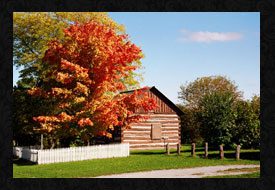 Also within the grounds of the park is the Eildon Hall Memorial Museum which was the Sibbald family home in the 1840’s. Today the building houses a museum dedicated to rural Ontario life in the mid-nineteenth century. Its importance to Ontario’s heritage has been recognized with an Ontario Historical Plaque.

Also within Sibbald Point is St. George’s Anglican Church, built by the Sibbald family to replace an older wooden church that had become dilapidated. It was completed in 1877 and remains in service to the community to this day. Attached to the church is a cemetery which contains the graves of several notable citizens of the Lake Simcoe area, including writers Stephen Leacock and Mazo de la Roche. 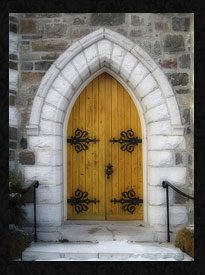 This entry was posted on Friday, August 5th, 2011 at 8:20 pm and is filed under Communities. You can follow any responses to this entry through the RSS 2.0 feed. You can leave a response, or trackback from your own site.