INTERESTING HISTORY BEHIND THE WINTER LIGHT DISPLAYS OF ST. MARYS & THE CASTLE KILBRIDE OF BADEN

You can make this years holiday season extra bright by visiting a holiday light display in St. Marys and Baden, Ontario and it’s a great way to take a break from shopping, wrapping, decorating and eating!

One light display that I did not hear about until this year was the Winter Lights Display at the Milt Dunnell Field in St. Marys, Ontario. This scenic park along the Thames River was always known as “The Flats” until December 13, 2006 when St. Marys honoured one of their own by renaming the park to Milt Dunnell Field. Born on December 24, 1905 Milt Dunnell was a prolific sportswriter known mostly for his work at The Toronto Star. 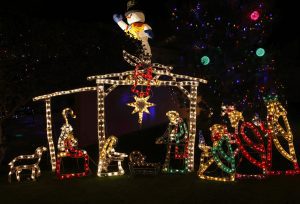 He started writing at the Stratford Beacon Herald in the 1920s and became their sports editor in 1949. His career lasted 50 years and in the 1990s he wrote 3 columns a week until the age of 94. Dunnell received many awards and was inducted into the Canadian Hall of Fame and Canadian Sports Hall of  Fame in 1991. He died on January 3, 2008 at the age of 102. The Winter Lights Display at Milt Dunnell Field goes from now until January 7, 2019. Starting at dusk you can go walk or drive through the park which has 90 animated and light displays including dinosaurs, butterflies and reindeers. 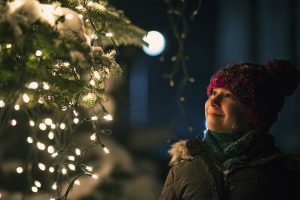 For a look into how Victorians celebrated Christmas a visit to Castle Kilbride located in Baden in The Township of Wilmot is a must. From now until January 6 this stately home on 300 acres is lavishly decorated from “head to toe” on the main floor and in the bedrooms. Castle Kilbride was built in 1877 for James Livingston, owner of flax and linseed oil mills and a Canadian Member of Parliament. 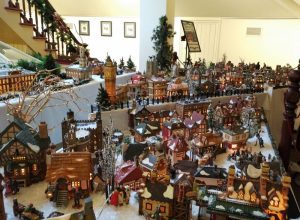 It was named after his birthplace in East Kilbride, Scotland. A highlight of the Castle is its 3 dimensional ceiling and wall murals painted by German artist Henry Scharstein using the Troupe l’oeil painting technique meaning “tricks of the eye”. In 1988 the Livingston family sold the home to a development company. In 1993 The Township of Wilmot, with the help of government financial support and the “The Friends of Kilbride”, restored the home and it was opened as a museum in 1995.

Christmas at Kilbride is open from: 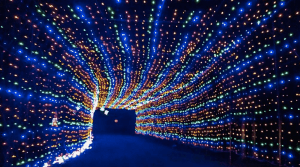 For a more modern Christmas light experience for families and groups jump into your car, van, or limo from now until January 5, 2019 and take a trip to the “The Gift of Lights” display at Bingemans Grand Experiences in Kitchener, Ontario. The largest drive through light display in southwestern Ontario takes about 20 minutes and this year features two tunnels with static and animated displays. Tune into Gift of Lights Radio 100.FM and sing along to the festive music while on your trip! On the busiest night last year 1,100 vehicles drove through between five and ten p.m. A portion of all proceeds go the Grand River Hospital Foundation. 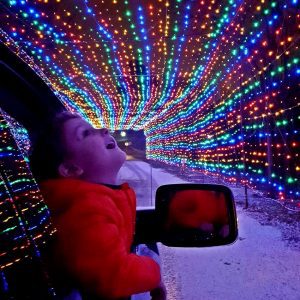 What you need to know:

Wishing you a wonderful holiday season,

This entry was posted on Wednesday, December 12th, 2018 at 6:48 pm and is filed under Uncategorized. You can follow any responses to this entry through the RSS 2.0 feed. You can leave a response, or trackback from your own site.