Will The Future Of Airbnb Impact The Toronto Real Estate Market?

Airbnb has revolutionized the way people think about travelling by creating a trusted community marketplace for people to “list, discover, and book unique accommodations around the world” – Airbnb.

From condos to cottages, and castles to treehouses, the company can connect you with hosts to book stays ranging from just one night, to multiple months.

With many people putting up their primary, and secondary residences for rent with Airbnb, it has become a lucrative means to make money for those with real estate in the city. But what will happen when new legislation comes into effect this year?

Airbnb Is Now The Largest Hotel Chain in the World

The company is the global leader in travel, and it’s not difficult to see why. Since launching in 2008, the company has booked more than 200,000,000 guests across 65,000 cities in 191 countries. Airbnb has essentially become the largest hotel chain in the world, without physically owning a single room. The graphs below show how Airbnb stacks up next to some of the biggest names in the industry. 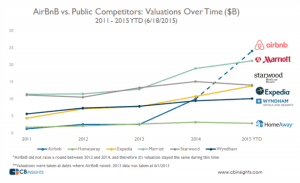 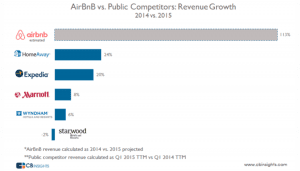 This industry revolution doesn’t only impact the decision of travellers, but also of home owners and investors. What started as turning a spare room into an asset has developed into its own niche of property investment.

The financial benefit of an Airbnb property is clear to investors, and to some, it has become a full time business. This is demonstrated in the large number of Airbnb hosts who have multiple units listed. Although Airbnb is selective in the information shared about its properties, a report released by the New York Attorney General stated that 6% of hosts in the city owned between 3 to 272 units. These hosts “earned a collective $168 million and were responsible for over a third of all bookings and revenue in the city” – Priceonomics. These figures are shown below. 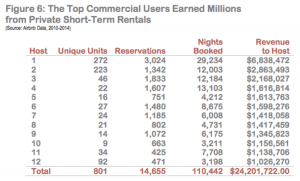 WHAT IS THE STATUS OF THE AIRBNB BUSINESS IN OUR OWN BACKYARD?

Statistics show that as of December 2017, there are more than 11,900 active Airbnb rentals in the city of Toronto, made available by 6,819 hosts. Only 1,529 of these hosts (22%) have multiple listings in the city, yet they collectively offer more than 6,600 listings; 56% of all rentals Toronto. Some multi-listing hosts have as many as 57 units currently available to be rented in Toronto.

Airbnb offers hosts three ways to rent their home. The company categorizes these options as follows.

An estimated 3,090 (more than a third) of entire homes have been rented recently and frequently, being occupied more than 90 nights per year. These listings have an average occupancy rate of 55%, or 199 nights out of the year and estimated revenue of $2,240 per month.

The map below shows all Airbnb units currently listed in Toronto. 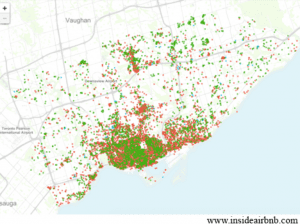 Of the more than 7,500 entire homes available, the size varies. The majority of entire homes listed in the city are one bedroom, which represents more than 4,000 units. This information is depicted here. 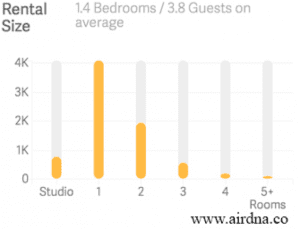 Now that we have a grasp of the Toronto Airbnb market, we can examine how much money there is there to be earned.

It appears, based on the statistics above, owning an Airbnb could be a great opportunity to bring in additional income.

But just how much additional income is there to be made?  We asked Eliot and Me.

Who Is Eliot and Me?

Eliot & Me is a start-up company that uses an AI-powered calculator that provides an accurate rental price for your property.

We used Elliot & Me to examine the Toronto area and get estimates on income potential. The map below provides us with an outlook of the different price range zones in the city. 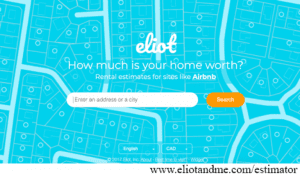 “After inputting your address, Eliot & Me will automatically pull other details about your home, like the number of bedrooms and bathrooms and the maximum number of guests it could accommodate. Using data from historical trends, local competition, the busiest and highly-demanded dates and more, Eliot & Me will present the average daily, weekly and monthly renting prices over the past year and offer rate suggestions.” – Entreprenuer.com 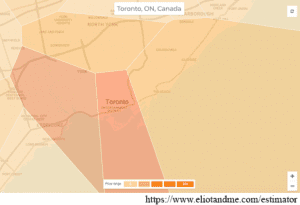 Overall, the average daily rate in Toronto is $217. This translates to $1,300 a week profit for the owner after taking into consideration Airbnb fees and the city’s average occupancy rate of 86%. This number can increase or decrease substantially depending on the specific location of the rental.

For example, the map below shows Airbnb units near Queen’s Park and the University of Toronto. The average daily rate and weekly estimated income is approximately 163% more than the city’s average.

Location isn’t the only aspect that can influence the income potential of an Airbnb in Toronto. Eliot & Me has outlined a variety of factors that can effect a unit’s profitability, including the month, weather, and nearby events. Visual statistics of each are represented below. 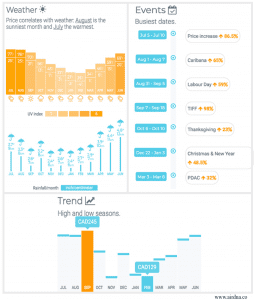 As Airbnb started to become more prevalent in condos across the city, a new concern began to grow within the condo communities. “There [is] a large number of people concerned about security and not knowing who [is] in their building,” – Nick Bednarz, Vice-President of Neptune’s Condominium board.

Nick Benarz was placed in a difficult situation as he also acknowledged that there was overwhelming support to allow short term rentals from other owners in the building. He reached out to Airbnb to explore the idea of regulating who can stay in the building, thus becoming the first condo building in Canada to sign an agreement that regulates Airbnb rentals. CBC News outlined this agreement as follows:

“The result was an agreement that was tailored to the building, including these measures:

This agreement was a step in the right direction towards pleasing Airbnb hosts, guests, and other condominium owners in the building. Unfortunately, not all regulations passed in 2017 followed a similar path. 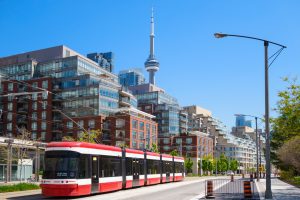 We spoke with Carleton Grant ; Director, Policy and Strategic Support Municipal Licensing and Standards.  Mr. Grant confirmed on December 7, 2017, City Council approved new regulations of short-term rentals in Toronto with some amendments. This means that companies like Airbnb will be permitted to operate with a license and people who want to rent their homes will need to register with the City.

Following are key points of the new regulations, which take effect June 1, 2018:

One consequence of these new rules will ban homeowners from offering self-contained “secondary suites” such as basement apartments advertised on Airbnb. These regulations take effect on June 1st 2018 and are estimated to affect around 700 hosts in Toronto who currently offer secondary suites on the Airbnb platform.

Another consequence of these new rules, and arguably the most contentious is the disqualification of all short-term rentals of any home that is not a primary residence. To expand further here is an excerpt from the City of Toronto’s rules.

As mentioned earlier, 56% of Airbnb units in Toronto are offered by hosts that own or operate multiple listings. Does this mean that 6,600 units may no longer eligible to be offered on Airbnb as short-term rentals in the Toronto Market place?

We asked Carlton Grant how the City plans on enforcing these rules.  “The registration process, will assist us in weeding out properties that are not the hosts principal residence as you will not be permitted to have more than one listing.  Our enforcement will be a combination of compliance audits and responding to complaints.” 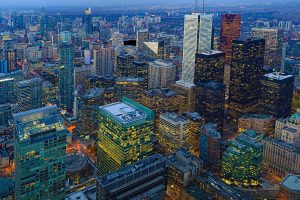 We believe there are many aspects to the new regulations that will alleviate concerns raised by a large number of people that own a condo unit concerned about overall security in their building.  Condo by-laws will undoubtedly adopt new rules similar to the City’s new municipal code for short-term rentals.

We have created a series of questions that we will hope to provide answers to our clients over the course of the next twelve months that include:

We invite hosts to share your thoughts and concerns on this issue.  Please email Roxanne@Chestnutpark.com

This entry was posted on Friday, January 12th, 2018 at 12:05 am and is filed under Blog, Investment, Just The Facts, Market Research, Market Update. You can follow any responses to this entry through the RSS 2.0 feed. You can leave a response, or trackback from your own site.