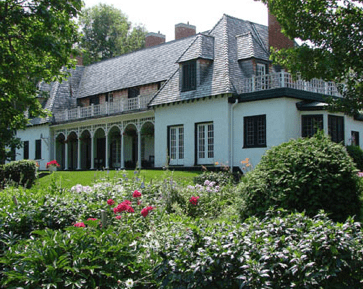 Located between Lake Couchiching and Lake Simcoe and the crossroads of Highways 11 and 12, Orillia is within Simcoe County, but considered to be politically independent, much like the City of Barrie to the south.

Comprising almost 30 square kilometres of land, Orillia has a population of 31,166, with another 45,000 people living in its surrounding areas.

In addition to its beautiful beaches, Casino Rama is one of Orillia’s biggest draws for visitors and one of its biggest employers for residents.

The area first became a summer resort destination and commercial centre in the mid-1800s thanks to the rail links between Georgian Bay and Toronto and was founded as a village in 1867 at the time of Canada’s confederation. But it wasn’t until 1875 when it was incorporated as a town.

Orillia was the first municipality in North America to build its own hydro-electric power plant and the first municipality to introduce Daylight Saving Time in 1912. The Town saw an industrial boom with sawmills, iron foundries, and a variety of manufacturing companies producing farm implements, carriages, and automobiles for distribution throughout Canada. But it was also home to the best Opera House north of Toronto.

Today, tourism remains a key economic driver in Orillia, which has expanded the Economic Development Office over the last few years in an effort to promote the city and its tourism-related businesses, events, festivals, cultural opportunities and attractions.

Known as the “Sunshine City”, Orillia is also the basis for the fictional town of Mariposa in Stephen Leacock’s book Sunshine Sketches of a Little Town and as such, many businesses actually use the name Mariposa in their names.

In an effort to maintain the city’s small town look, large construction in the downtown core has been restricted but recent plans are underway to redevelop the unused waterfront spaces.

Attractions include Orillia’s Arts District, Leacock Museum and National Historic Site and the waterfront, which includes an extensive lakeshore boardwalk, a large park with two beaches, several playgrounds, an outdoor theatre, a touring ferry, and a children’s train. Annual events include the Perch Fishing Festival, Leacock Festival, Blues Festival, Jazz Festival, Scottish Festival, and Beatles Festival, as well as the Christmas in June event at the Port of Orillia in which a boat decorating contest is held.