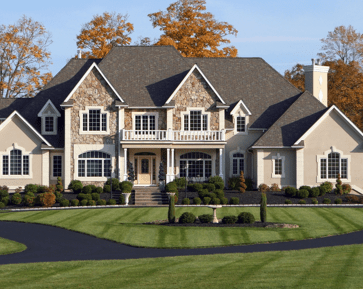 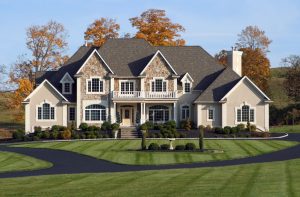 As the largest municipality in York Region, King Township also has the smallest population at 24,512 according to the 2016 census. The Township is home to three small villages: King City, Nobleton and Schomberg.

King City, which is just a minute east of Highway 400, has its own GO station, making it a great location for commuters. It’s home to the municipal head office and offers such educational facilities as Seneca College King Campus, Country Day School and Villanova College. But it offers a small town feel and is home to just more than 6,00 residents.

Nobelton is home to just 4,635 people but has more than 135 local businesses that thrive within the community. Surrounded by beautiful rolling hills that are home to many horse farms, Nobelton offers golfer the prestigious Nobleton Lakes Golf Course a premier public facility that’s situated in an enclave of multimillion dollar homes and also offers event and meeting facilities.

From Schomberg’s thriving business park to its historic Main Street, this community offers residents and visitors a small town feel with all the modern amenities. With a population of 3,450 people and more than 135 local businesses, it is the service centre for the agricultural community in King Township and its neighbouring communities.

The neighbouring Town of Caledon, located in Peel Region, is a safe, active community that’s home to some 75,000 residents. The Town is comprised of 700 square kilometres of land and is known as a community of communities in the southern reaches of the Headwaters tourism area.

Town of Caledon forms the northern municipality of the present Region of Peel. Established in 1974 in conjunction with the creation of regional government, it was an amalgamation of  the former County of Peel townships of Albion, Caledon and the northern half of Chinguacousy, as well as the Villages of Bolton and Caledon East. Its name was chosen through a public referendum in 1973.

Caledon Township was first surveyed in 1818-19 and was opened for settlement in 1820 along with Albion and Chinguacousy. Early settlements developed around water-powered mills along the Credit and Humber rivers was also influenced by the area’s major landforms, including the Peel Plain, the Niagara Escarpment and the Oak Ridges Moraine. While some historic hamlets have disappeared over time, Caledon’s present-day communities continue to reflect early settlement patterns.

Today, outdoor activities such as hiking and cycling are popular ways to see the area’s beautiful natural and built landscapes.

All listings and data shown for properties listed above $1,000,000.