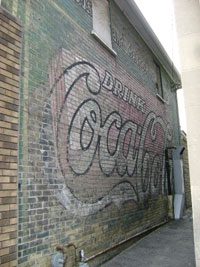 Aurora is part of the Greater Toronto Area and is nestled within the Oak Ridges Moraine, a geographic feature with rolling terrain, rich valley land, and large forest tracts. Aurora began as little more than a single mercantile store constructed and run by Richard Machell in 1804 at the cross roads of Yonge and Wellington. This tiny hamlet soon became known as Machell’s Corners and began drawing attention from other businessmen. Charles Doan arrived on the scene and became the first postmaster, later using his influence in this position to rename the village Aurora. When the railway arrived in 1853, Aurora emerged as an important centre north of Toronto and was on its way to becoming a flourishing industrial town. Aurora’s current population is approximately 50,000 and is projected to increase to over 56,000 by 2011, making it one of the fastest growing towns in Ontario. 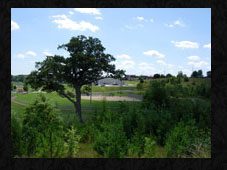 Aurora is unique in that it offers the advantages of the city with all the charm of a small town. The preserved older downtown provides an array of unique shops and restaurants along Yonge and Wellington streets. If you are looking for antiques, fine art, books, home décor, flowers, jewelry or fine furniture be sure to venture into this distinctive area and you won’t be disappointed. The Farmer’s Market is another favorite destination that features local vendors offering produce, meat products, plants, homemade baking and preserves, crafts and more every Saturday from May through December.

The town of Aurora is fortunate to have an extensive trail system which connects many of its neighborhood parks, town facilities and open space corridors. With nearly 25km of trails you can walk to your hearts content and be sure to see something new each time. The Holland River Valley Trail was designed in 2000 as part of the regional Nokiidaa Trail and is the longest, stretching from Vandorf Woodlot in the south to St. John’s Sideroad at Industrial Parkway North. Linked along the trail are municipal facilities such as the Town Hall, the new Seniors Centre, and the Aurora Leisure Complex, as well as the Aurora Community Arboretum, Sheppard’s Bush Conservation Area, and Lambert Wilson Park. All trails are considered multi-use and are geared towards pedestrian hikers with the majority of trails having compact gravel surfaces and asphalt sections through community parks.

There are a multitude of playgrounds and parks in Aurora that offer a wide variety of recreational activities for all ages. A number of parks have basketball or tennis courts, sport fields, water access and skateboard/bmx facilities. For the golf lovers, Aurora has 4 public courses that deliver an exceptional golf experience for the casual and serious golfer alike. When summer rolls around there is no shortage of things to do and everyone is guaranteed to find something they like.

This entry was posted on Friday, August 5th, 2011 at 7:12 pm and is filed under Communities. You can follow any responses to this entry through the RSS 2.0 feed. You can leave a response, or trackback from your own site.