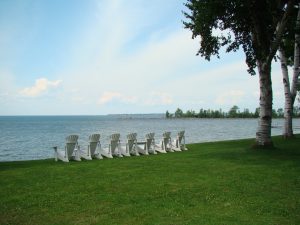 In 2017, the Lake Simcoe waterfront real estate market experienced a 14.2% overall increase in the average price within the areas that we have been reporting which, include:

NOTE:  Our annual reporting has only included properties sold above $300,000 on Lake Simcoe/Lake Couchiching.  Canal, island or riverfront sales have always been excluded from our analysis. 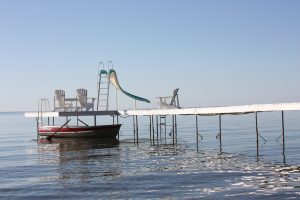 We identified a number of market trends that include growth in key areas, price fluctuations and buyer and seller expectations which include: 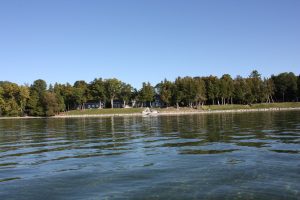 There was a total of 87 properties listed during 2017 of which, 37 properties either did not sell or the listing was terminated by the seller.  57.5% of available properties sold.  The number of properties sold was down by 57.4%.

Beaverton properties are mostly all direct waterfront and the shoreline is deeded to the property.  Affordability and the western sunsets continues to draw more and more buyers to the area.  Sales volume was down due only to a lack of available inventory.

Oro-Medonte continues to outpace the sales of luxury properties compared to all other areas we monitor on Lake Simcoe. Shanty Bay, a sub-area of Oro-Medonte is an exclusive area located on the northwest shore of Lake Simcoe and known for its large estate homes.  In 2017, the highest selling price reported on the Toronto Real Estate Board was $4,175,000.

There was a total of 65 properties that were listed in 2017 of which 33 properties expired or were terminated from MLS.

49.2% of available properties sold.  The majority of the properties that did not sell were over $1.5M which, appears to indicate a pull-back in the luxury market in this area of Lake Simcoe.

Innisfil appears to be competing for buyers in two neighbouring communities on the lake including Georgina and Friday Harbour.  Friday Harbour has been well-received by the general public seeking ownership of a waterfront property that includes great amenities and a maintenance-free lifestyle not readily available in other areas around the lake.

There was a total of 73 properties that were listed in 2017 of which, 40 properties expired or were terminated from MLS.  55% of available properties sold.  The majority of the properties that did not sell were over $1.25M which, appears to indicate a slight pull-back in the luxury market.

Orillia had a total of 20 properties listed of which only 8 properties sold in 2017.  We have included 4 sales located in the narrows of Lake Couchiching where both lakes connect.  Orillia may have additional sales that were not reported on the Toronto Real Estate Board.

Ramara had a total of 35 properties that were listed in 2017, of which 21 sold representing a 60% sales ratio of available properties.

The highest selling price reported was $1,100,900.  Two-thirds of the expired listings were priced above $1.25M, again indicating a pullback in the luxury market.

To Obtain a Copy of the Report:

If you would like to obtain a copy of our full report, please email us at Roxanne@ChestnutPark.com or call at 289-338-0767.

This entry was posted on Wednesday, March 28th, 2018 at 7:23 pm and is filed under City Home / Country Home, Just The Facts, Lifestyle, Market Research, Market Update. You can follow any responses to this entry through the RSS 2.0 feed. You can leave a response, or trackback from your own site.